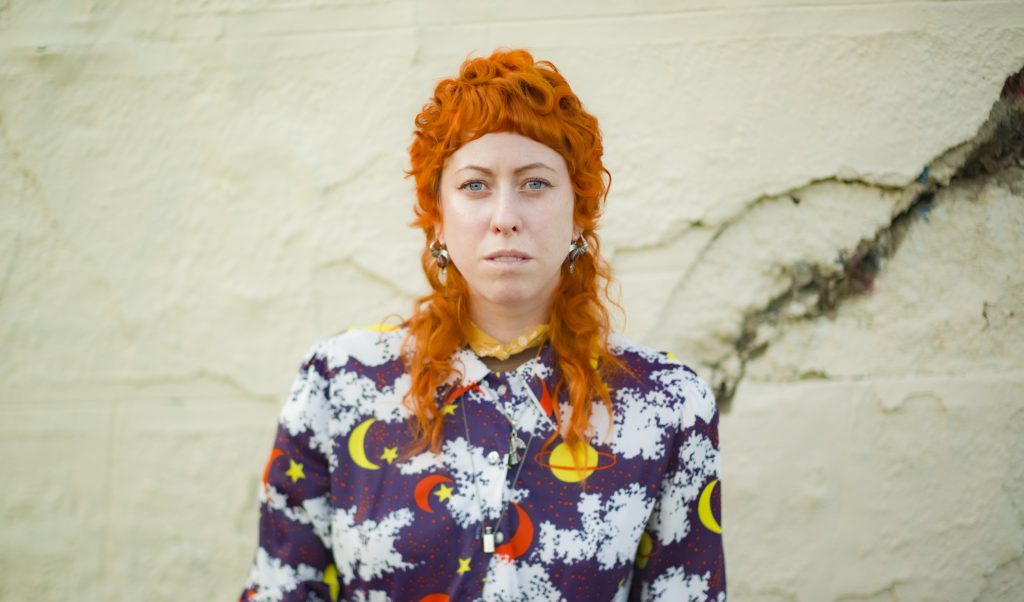 Interview with Shannon Lay on her new album “Geist”

You released your album ”Geist” on October 8th. Tell us a bit about the album. What’s been your biggest inspiration and how has the process behind making it been for you?

-I started writing in May of 2020. At the time all of us were in a sort of limbo state. Life as we knew it just stopped and getting through the day was challenging in itself. I had been listening to Sibylle Baier a lot which inspired me to get a nylon string guitar. All of the songs came out of that guitar. I realized about halfway through that I was making the record. It was a very solitary process but I had a lot of fun and it was nice to have something to focus on. Once I was ready to record Jarvis Taveniere was an obvious choice. He’s a tone master and that’s exactly what I needed. I had an amazing time creating Geist with him. We recorded the guitar and vocals for about 4 days in Los Angeles. Then I sent the songs to Devin Hoff and Ben Boye.  I gave them each about a week with the songs which allowed them to really get to know the material. Finishing touches were added by Jarvis, Sofia Arreguin, Aaron Othiem, and Ty Segall.  Then began the mixing process.  The mixing was the most intensive part of Geist. We spent about 4 months mixing, making sure everything was in the right place and had the right sound and feel. It felt really good to give this record all the time and resources it required.

Which song on the album is your favorite and why?

-It changes a lot haha but today it’s Shores. I love the production on that song. The harmonies, Ty’s soaring guitar solo that kind of lifts you into the rest of the record. Awaken and allow also has a special place in my heart. I hear a lot of growth in that song. It’s nice to be able to look back and see how far I’ve come.

Which song was the most difficult to finish? Any specific challenges?

-Sure was one that required a bit more attention than the others. It’s so delicate and filling it out took careful placements. In the end it’s one of my favorite songs but I do remember having to give it some extra attention.  Aaron Otheim gave it a few thoughtfully placed chords that made the recording exactly what it needed to be.

Do you think a lot about artwork and image when you are making music?

-I do, I love the way visuals can convey the sonic intention. This record ended up being my favorite visually thanks to my partner Kai MacKnight.  Sure is actually about him. He made all the music videos, he took the press photos and the cover photos. He really understood what I was trying to do and our styles matched quite well. I’ve never been so proud of a record as a whole package, every aspect was really thought out but came together very organically. That’s the best feeling.

What does this album mean to you? What do you want the listeners to feel and think while listening to ”Geist”?

-This album felt like a big step forward. I did everything a lot differently than I had in the past and I felt very connected to the process and the patience and time that it required. I wanted to infuse intention and peace in the fibers of Geist. I wanted the sound to be healing, I wanted to explore the power and purpose of the music I offer. I can’t wait to immerse myself further into that. I hope Geist can provide moments of calm and stillness. I hope it will encourage others to take that big step forward too, into the unknown, into destiny and change.  No matter how much fear arises, no matter how much discomfort yanks at your mind, I hope it inspires you to move through it anyways.

I think my favorite song on the album is ”Awaken and Allow”. There is something truly magical and vulnerable about it. Tell me about the lyrics! What’s the song about?

-This song really sums up what the record is about. It’s embracing who you are meant to be and owning your place in the universe. Change is a constant and if we work on our relationship to that change we can make it a much more fluid process. It is uncomfortable, it is unsettling but it is also necessary and absolutely magical. We must make the promise to show up for ourselves, to be more loving towards ourselves. It’s about looking at where we have come from and where we want to go. We hold onto more than we need to sometimes. We deny what is rightfully ours. We feel undeserving of the love and the goodness meant for us. We become disconnected from who we truly are at the core. We can do things differently. If you are unhappy or unfulfilled you can do things differently.  We can naturally bloom and evolve. We can get back to that core truth. Just take it one step at a time. Awaken and allow.

If you got to do a collaboration, with any artist/group/band dead or alive, who would you choose and why?

-Bjork would be my number one. I’m in love with her voice and her songs feel so different from any other artist i’ve ever listened to. I would have loved to sing or write with Elliott Smith.  Nick Drake would have been incredible to work with as well.  I love the way their songs are oh so timeless. Doing a song with Kevin Morby would be amazing. I recently did a cover with Steve Gunn which was an absolute dream. There’s so many amazing artists out there, I’d love to explore more collaborations.

If you could choose a female artist to be featured on a song on ”Geist”, who, which song and why?

-I’ve been singing with this wonderful artist Debbie Neigher. She’s been playing keyboard and singing at some of the live shows. Singing with her has been an awesome experience. Particularly Rare to wake because we harmonize the whole time, it feels very primal. I’d love to sing with more women in general, get a whole choir goin!

How does a typical ”day at the studio” look like for you? Do you have any ”music making routines”?

-For this record I wanted to make sure I was in a peaceful headspace. A good breakfast, some quiet time and a cup of tea when I got to the studio would usually do the trick. It was just Jarvis and I and occasionally his dog Deedee would join us so it was quite relaxed. I tried my best to stay present and enjoy the clarity of the moment. Pure purpose is the most incredible feeling. I really felt that recording these songs.

Which song of all songs you have ever written is closest to your heart and why?

–“All this life goin down” has a really special spot. That one is on my first record by the same name. It was one of those songs where I hit record and it just came out.  The lyrics mean a lot to me, it’s about releasing fear. “Rare to wake” is also near and dear to me. It’s also about releasing fear haha. I think we need all the reminders we can get about doing that. Fear is so prominent in our psyche. It is ever present so we must be as well.

What’s your dreams and hopes for 2022 when it comes to your music?

-I promised myself moving forward I would designate more time to rest at home and enjoy being but I do hope to travel and play these songs in some really special settings. I have no idea what next year will look like but I have a feeling it’s going to be magical. I feel a growing trust with the universe, it is becoming easier to go where I am led instead of trying to guess where I’m supposed to be.

For the last question: Describe ”Geist” with three words, as a little trailer for our readers!