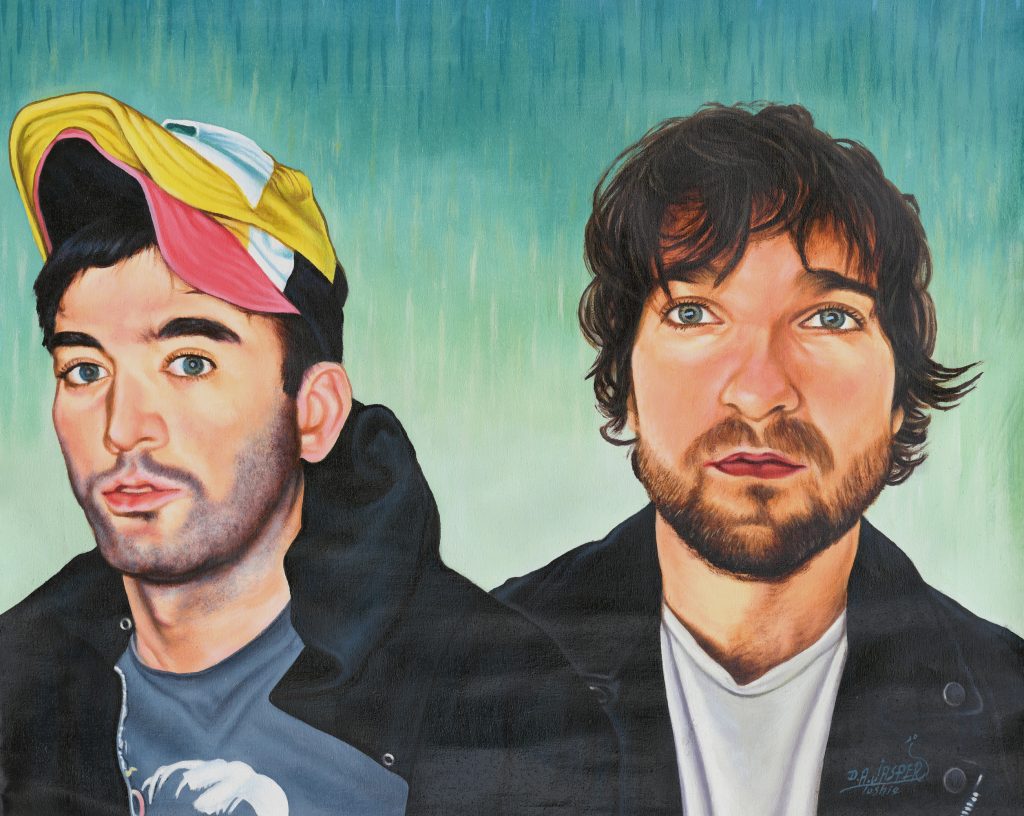 Today, Friday September 24th, is the release day of Sufjan Stevens and Angelo De Augustine’s new album ”A Beginner’s Mind”. These two talented musicians have collaborated and created a collection of 14 songs that makes an absolute genius combination. An album we didn’t know we’ve waited a long time for.

I’ve been given a difficult task today, reviewing this album. I don’t know how many times it has been on repeat already, and the only word I can find to even begin describing it is ”magical”. It’s truly a magical experience from the first song til the last note and it feels like a privilege that I get to hear the music they have created together.

Sufjan Stevens has been experimenting with electronic influences and musical details the last years, but today he shows us that his roots lie in the indie/folk-genre. The dominant guitar that we know and love from Sufjan Steven’s music is a prominent part of the album and sets the mood for the album. Angelo De Augustine capture us once again with his wonderful angelic vocal range, that we’ve heard before on his 2019 ablum “Tomb”, for example.

The two musicians have written the album in ”tandem” which means one person writing a verse, the other one a chorus and so on back and forth until the finished song. Making music this way clearly results in ”the best of both worlds” as we can hear in this album. It’s the perfect combination of their different talents and musical skills. The use of reverb/room effects in production throughout the whole album really brings out the magic in the instruments and creates a big soundscape with many clever details.

One of the many reasons this album is so good is that it feels complete. There is not a song I would have left out, and there is not a note or musical effect I would add. Because of this, it’s quite hard to pick a favorite so I landed on two. The second song of the album called ”Lady Mcbeth in chains” is so beautifully done in every way, with a clear indie pop-vibe because of its rhythm, gorgeous  melodies and dynamic layers.

My second favorite is the 13th song of the album called ”Cimmerian Shade”. It only took a few seconds before I knew I would put it on repeat right away, and it’s because of the stunning vocals and beautiful lyrics. It’s an emotional song where every detail makes a difference to the result. The layers of vocals become angelic and the piano, guitar and strings in a ”call and response” kind of way. From 3:18 until the songs end I get completely hypnotized of how the production emphasizes every instrument and it feels like I’m given a complete concert experience.

There is so much to say, feel and think about this album, but I advise you to listen to it yourself. It’s the kind of musical quality we do not get to hear every day, so I can only end this review with ENJOY!